Built in 1861by the young kingdom of Italy that equipped Mont Cenis with several forts, 1/2 hour on foot.

Since 1861, the priorities of the Kingdom of Italy have been unity and the defence of the territory. Thus, he equipped the site of Mont-Cenis with several forts, including that of Ronce. Built at an altitude of 2286 m, it offers a very beautiful panorama of the Mont-Cenis lake.
At the end of the 19th century, the young Italy wanted to ensure the control of Mont-Cenis, a millenary transalpine axis. It was in a context of diplomatic tensions with France that Italy fortified Mont-Cenis by equipping it with several forts. The fort of Ronce, which dominates the whole pass, was built from 1877 to 1880 on a circular plan with two levels of fire, adapted to the new possibilities of rifled artillery.

From the fort, it is possible to take the path facing due east that will lead you to the Clear Lake, or you can also join the path that rises in a north-eastern direction towards the Plan des Cavales, in order to have a view of the slightly overhanging Fort de Ronce.

Access 1/2 hour walk.
From the car park on the edge of the Mont-Cenis lake, about 1.5 km after crossing the pass, cross the main road to take the path that rises up towards the North-East. 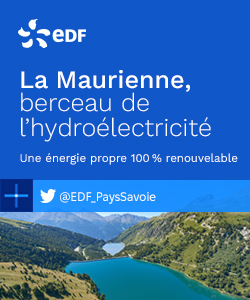